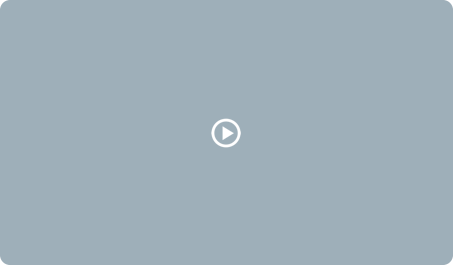 "Strange Fruit" is a song performed most famously by Billie Holiday. Written by teacher Abel Meeropol as a poem and published in 1937, it protested America’s racism, particularly the lynching of Blacks. Such lynchings had reached a peak in the South at the turn of the century, but continued there and in other regions of the United States. The lyrics are an extended metaphor linking a tree’s fruit with lynching victims. Meeropol set it to music and, with his wife and the singer Laura Duncan, performed it as a protest song in New York City venues in the late 1930s, including Madison Square Garden.

Holiday first performed the song at Cafe Society in 1939. She said that singing it made her fearful of retaliation but, because its imagery reminded her of her father, she continued to sing the piece, making it a regular part of her live performances. Because of the power of the song, Josephson drew up some rules: Holiday would close with it; the waiters would stop all service in advance; the room would be in darkness except for a spotlight on Holiday's face; and there would be no encore. During the musical introduction, Holiday stood with her eyes closed, as if she were evoking a prayer.

Holiday approached her recording label, Columbia, about the song, but the company feared reaction by record retailers in the South, as well as negative reaction from affiliates of its co-owned radio network, CBS. When Holiday's producer John Hammond also refused to record it, she turned to her friend Milt Gabler, whose Commodore label produced alternative jazz. Holiday sang "Strange Fruit" for him a cappella, and moved him to tears. Columbia gave Holiday a one-session release from her contract so she could record it; Frankie Newton's eight-piece Cafe Society Band was used for the session. Because Gabler worried the song was too short, he asked pianist Sonny White to improvise an introduction. On the recording, Holiday starts singing after 70 seconds. Gabler worked out a special arrangement with Vocalion Records to record and distribute the song.

Holiday recorded two major sessions of the song at Commodore, one in 1939 and one in 1944. The song was highly regarded; the 1939 recording eventually sold a million copies, in time becoming Holiday's biggest-selling recording.

The song continues to be covered by numerous artists, including Nina Simone, UB40 and Annie Lennox and has inspired novels, other poems, and other creative works. In 1978, Holiday's version of the song was inducted into the Grammy Hall of Fame. It was also included in the list of Songs of the Century, by the Recording Industry of America and the National Endowment for the Arts.

The footage shown is from a British television show of Billy performing the song in the 1950s, for the video we have edited images of lynchings and protest of that era to accentuate the songs lyrics.

This mini doc focuses on slavery in America primarily. It was originally produced as the second mini doc in our series. This redux produce specifically for our 28 Days 28 Docs series has been recolored and remastered. I believe that it still has the same powerful affect of grabbing the attention bringing the message home with haste. I hope you enjoy this new Version.

“Cut and print that sucker”, is the saying that Neema Barnette always yells out after a “shot” or “film take” that she is pleased with on her film shoots. Once again Neema is putting her coined phrase in action with VH1's newest original television series, The Breaks,  currently filming in New York City, her hometown.